That CYC Theatre has, in its relatively short lifespan, accomplished something significant and unique in Youth Theatre programming:  After only 8 years of programming, CYC Theatre's audience is comprised of more than 65% uninvolved (general audience) patrons!  This means that fewer than half of the members of our audience are relatives or friends of people involved with the production.  Congratulations to everyone involved with this dynamic company who has helped to create a product with wide-spread, general appeal! 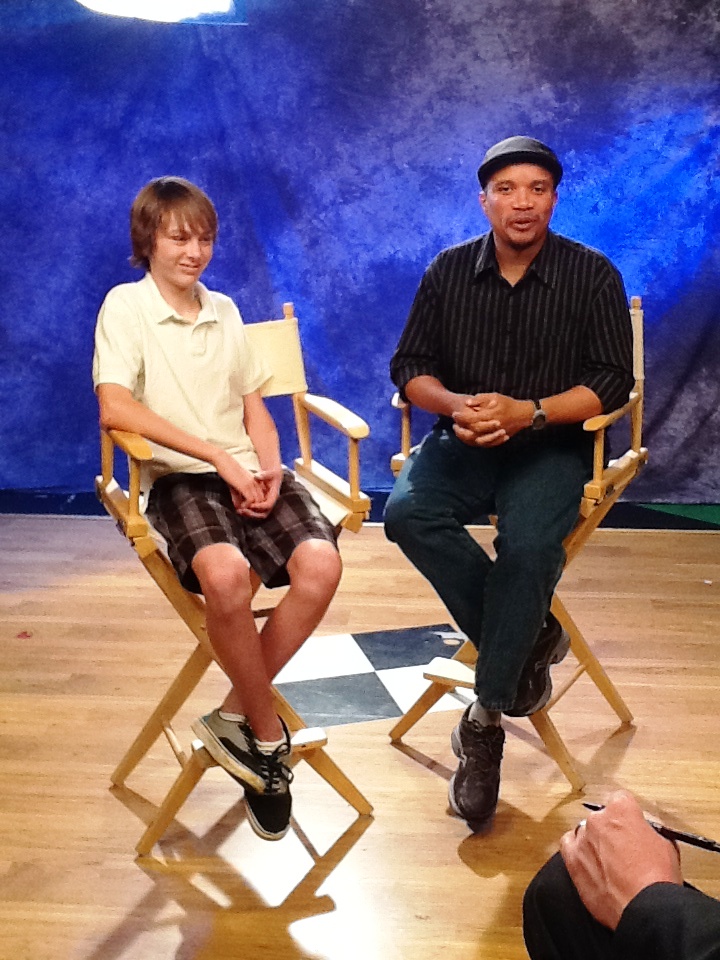 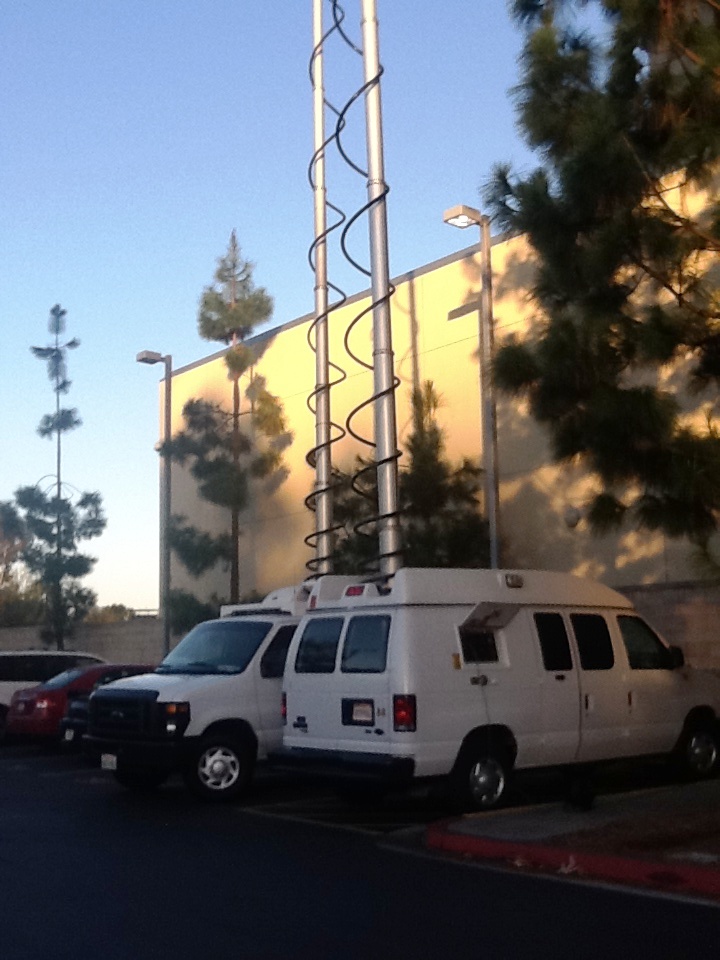 News vans from two separate stations waiting their turns for us at the Kroc Center! 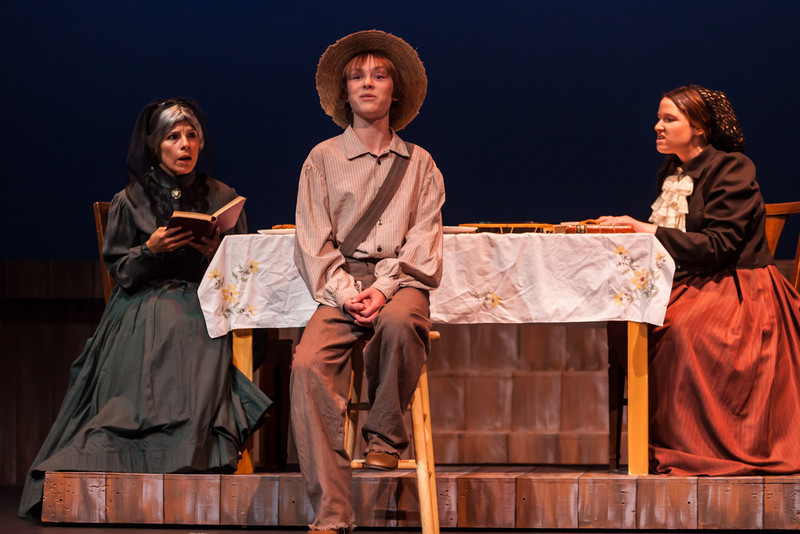 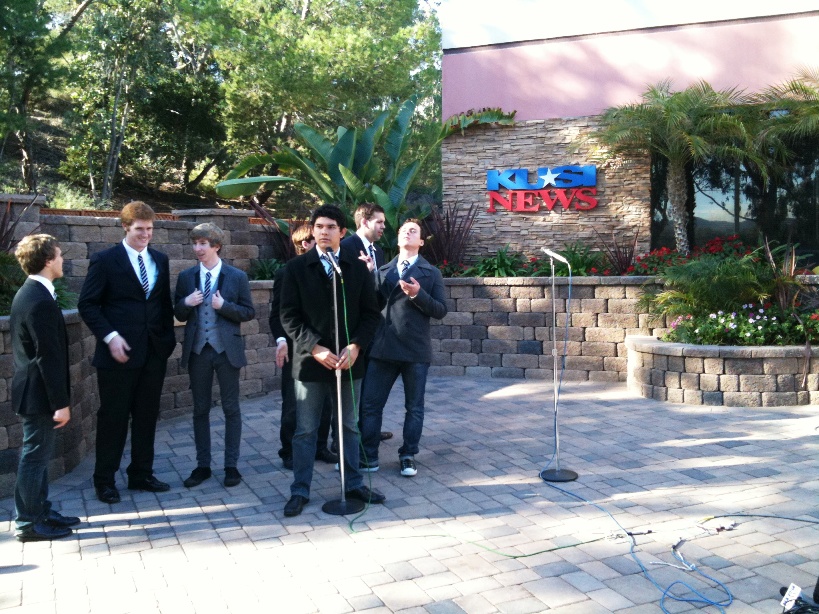 September 27, 2009  CYC Theatre performs "Seasons of Love" and "I'll Cover You (Reprise)" in the Opening Ceremonies of the 2009 San Diego AIDS Walk!  Pictured below with Susan Davis, a Member of the U.S. Congress! 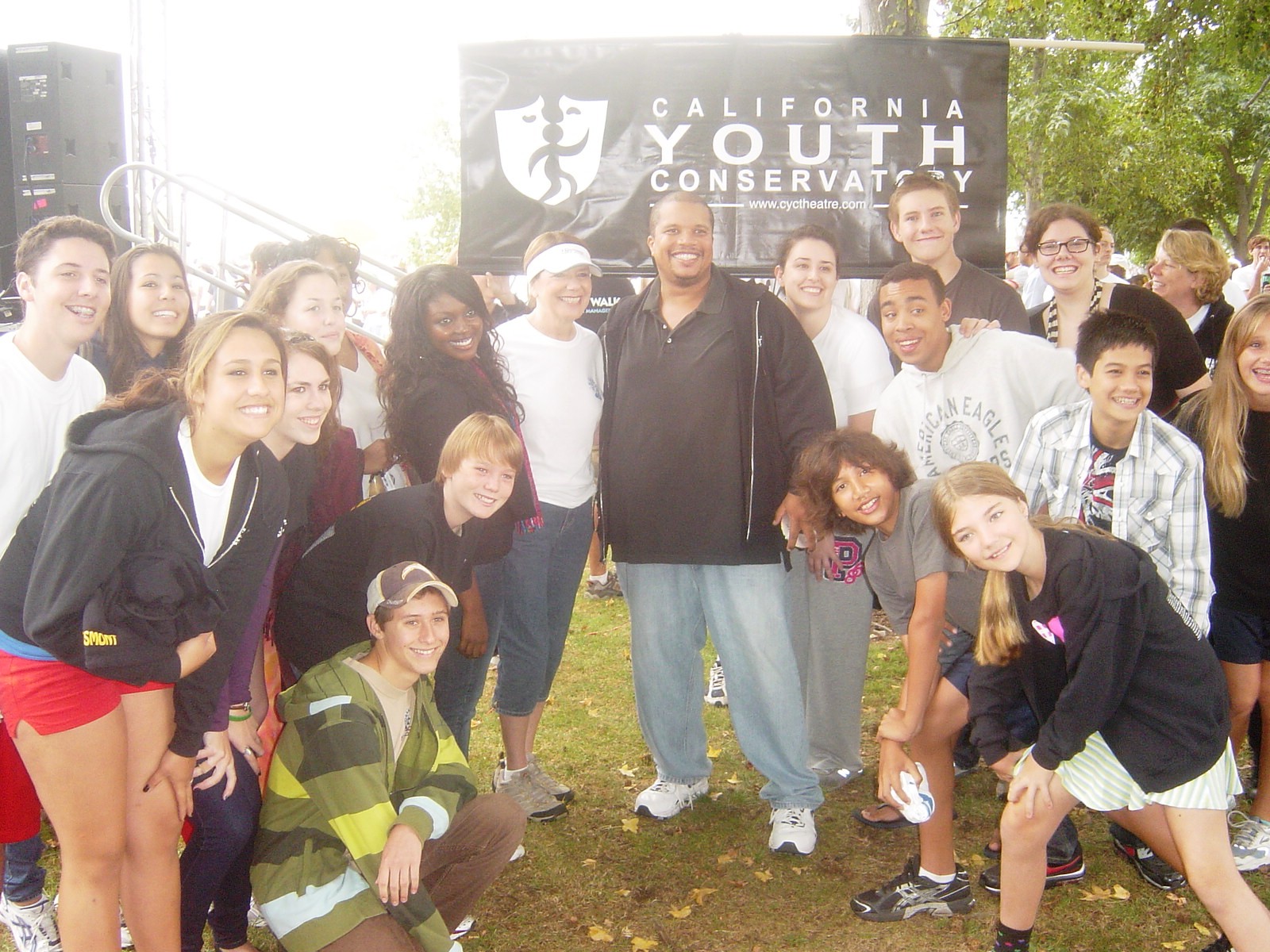 Stage is set for controversy when schools put on 'Rent'

High schoolers in West Virginia performed "Rent: School Edition" at a nearby university after the school show was canceled. (New York Times) -

NEWPORT BEACH — Theater directors and students at more than 40 high schools across the country have selected a new show for their big springtime musical this year: “Rent: School Edition,” a modified version of the hit Broadway musical that, while toned down, remains provocative by traditional drama club standards.

Too provocative, in the view of some high school officials and parents. At least three of the planned high school productions, in California, Texas and West Virginia, have been canceled after administrators or parents raised objections about the show's morality, its portrayals of homosexuality and theft, and its frank discussions of drug use and HIV, according to administrators, teachers and parents involved in those cases.

Three San Diego productions of the musical are scheduled for the summer: one by Francis Parker School, and two by local youth-theater companies – Actors' Conservatory Theatre San Diego and California Youth Conservatory Theatre, according to the Web site for Music Theatre International, which licenses “Rent: School Edition.”

“I've been eyeing it since it first came out because part of our mission is to be on the cutting edge,” says Shaun T. Evans, artistic director of California Youth Conservatory Theatre.

However, Evans said, some young performers who he hoped would audition for the show told him their parents wouldn't allow it.

“I've got parents who are concerned – even with the school edition, (which is) slightly watered down – that we're going to do a play with anyone under 18 that touches on homosexuality or people with AIDS.

“That somehow it's corrupt and therefore is likely to corrupt,” Evans said.

“Rent,” which ran on Broadway for more than 12 years and in 1996 won the Pulitzer Prize and the Tony Award, is based loosely on Puccini's opera “La Boheme.” It centers on a group of artists, straight and gay, living in New York's East Village. Some are HIV positive; some are drug addicts; some are in recovery.

None of these aspects have been altered for the school version. The main changes are the deletion of some profane dialogue and lyrics as well as a song, “Contact,” that is sexually explicit. In “Rent,” that song accompanies the death of Angel, a gay drag queen with AIDS; in the school version, his death unfolds in an earlier song.

The 2008-09 school year is the first in which the school edition of “Rent” – which was approved by the estate of Jonathan Larson, the “Rent” creator who died in 1996 of an aneurysm – has been available to high schools. The New York producers of “Rent,” who receive royalties from the school edition, said they hope it becomes a revenue-generating staple of the high school musical landscape, as well as a teaching tool that augments sex education and draws teenagers to acting and theater with a more modern production than, say, “The Music Man.”

In the short term, however, “Rent: School Edition” appears to be something of a cultural litmus test, with supporters and opponents of the play using its words and themes to battle. In recent years, school productions of “The Vagina Monologues” and the musical “Grease” have led to complaints, the latter for its drinking, smoking and kissing.

Ron Martin, the theater teacher and director at Corona del Mar High School in Orange County, found out how controversial “Rent” can be. It was canceled after he chose the student version for the spring musical, hoping it would counter what he saw as creeping homophobia on campus. A recent video on Facebook, featuring Corona del Mar students using gay slurs, had upset faculty and parents, and some teachers reported they had heard slurs at school.

“This is the first time I've chosen a show for the high school because I had an agenda,” Martin said. “In this instance, having an agenda as a teacher didn't give me pause. My job is to give my students life skills. Discrimination is wrong on all levels.”

He said his principal, Fal Asrani, objected to the show because of its treatment of “prostitution and homosexuality.” “When I heard that, I stopped her and looked her in the eye and said, 'First, there is no prostitution in 'Rent,' and second, homosexuality is not wrong,' ” Martin said. “She made no comment. It was the most demoralizing, disappointing moment in my career as a teacher.”

Asrani, in a separate interview, flatly denied raising homosexuality or prostitution as concerns.

For school administrators, the issue is not only one of suitable content for high school students, but also the lack of appeal that the show might have among potential audience members who prefer old-time, classic musicals.

“Our high school shows are so important to our community – we have alumni who come back, we bus in children for them – and I didn't see 'Rent' working here,” said Susan Collins, the superintendent of the Harrison County schools in West Virginia, who canceled a production at Bridgeport High School this winter.

A similar situation unfolded in Rowlett, Texas: The director of a planned production of “Rent: School Edition” canceled the show after parents and school board members raised concerns about its morality. But then, with the assistance of a local radio station, a one-night-only concert was held last month at Southern Methodist University, with Rowlett High School students performing most of the show's songs.

At Hilltop High School in Chula Vista, first-year drama director Johanna Simko said she stays away from the “racy stuff” in selecting productions. This year, students staged “Cinderella” and “The Wizard of Oz.”

She said she saw “Rent” in New York and would read the adaptation.

“I would consider potentially anything, but I would probably not do it,” she said.

“Obviously with the overt drug usage and homosexuality that are themes in that play, I would tend to steer away from that because I would tend not to see them as positive,” Simko said.

She described this year's productions as more appropriate for younger audiences because many patrons of high school performances are middle school students.

Still, productions of “Rent” are moving ahead in high schools in Mississippi and Missouri. And the school edition is being marketed to middle schools, although none have apparently pursued productions.

“Like it or not, we're right smack in the middle of an enormous cultural shift right now, and that shift will give way to acceptance of homosexuality and acceptance of gay characters,” said Jeffrey Seller, one of the “Rent” producers, who are also backing a national tour that stops at the San Diego Civic Theatre March 10-15. “But it's a process, it's a messy process, and it makes sense to me that we'll take steps forward and hit a pothole and take a step backward,” he said.

2008 was a big Summer for CYC Theatre!  We had features in nearly every local paper, the San Diego Union-Tribune (see article below), and have appeared on every local news station in San Diego.  We would like to thank our friends at KGTV 10, KNSD 7/39, KUSI 9, FOX 6 and all of the journalists and photographers who have taken an interest in our company and its efforts!

NBC 7/39 aired a segment on Austyn Myers featuring the song "River in the Rain" from Big River on July 27th!  If you missed it, check back here for the video soon!

Austyn Myers (co-star of "Meet Dave" with Eddie Murphy; star of "Big River: The Adventures of Huckleberry Finn" and CYC Theatre Associate Artist) was featured in this story about the young local actor doing incredible things!  CYC Theatre, its Producers, Directors, Associates and Company Members are proud to congratulate our friend and colleague, Austyn, on the premier of his film debut!  Don't miss him as "Huck" in "Big River", his first LEAD role!  To view the segment, click the link and wait for the commercial to finish (about 15 seconds). 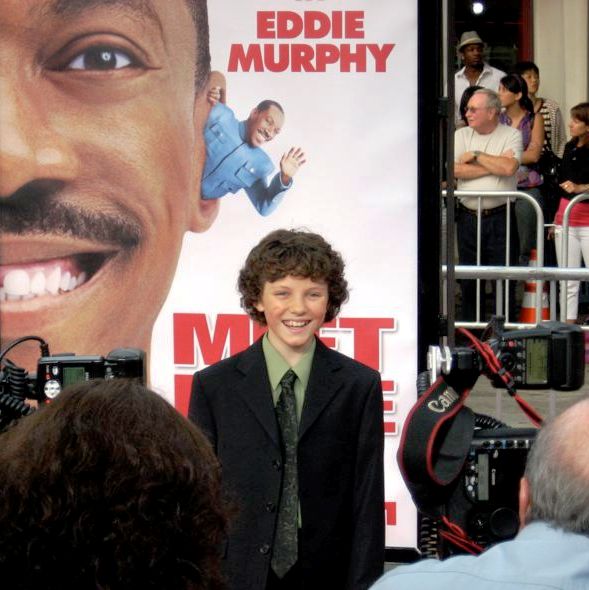 10 News Coverage of "A Night On Broadway"

Our fundraiser concert gala, "A Night On Broadway", was a huge success.  Our fabulous guest performers included Ria Carey*, Karole Foreman*, Austyn Myers*, Deborah Terrell, Luke Marinkovich and the Director, Shaun T. Evans.*  The event was covered by Channel 10, and they aired this story on our show.  Click the link, and wait for the commercial to play out (15 seconds).