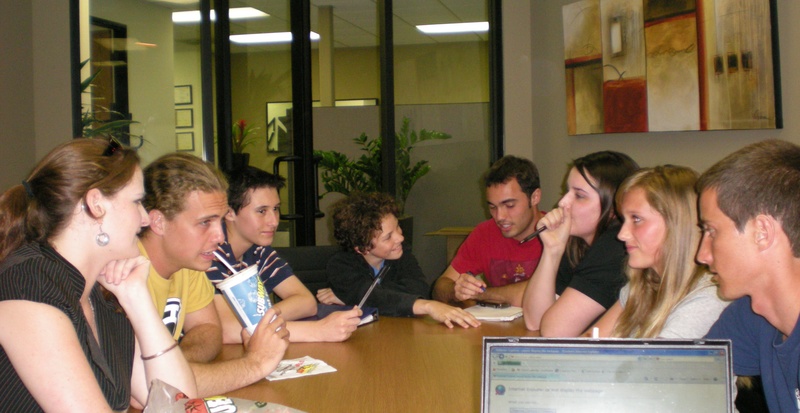 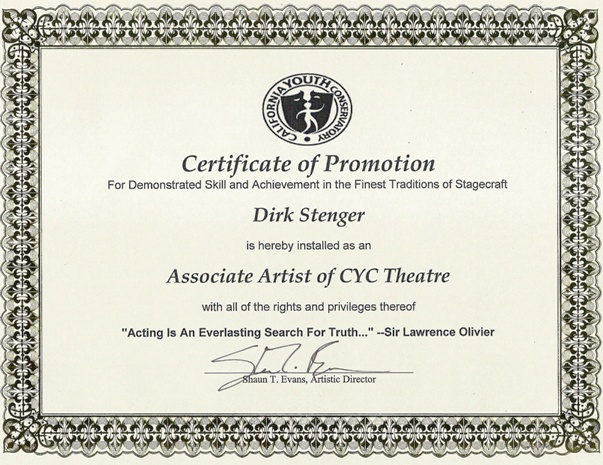 California Youth Conservatory Theatre is a training-oriented organization which strives to emulate professional theatre in its programming as much as possible.  Our organization strives to build marketable skills in its students and recognizes the skill and achievements of its members.  The Associates Program is designed to allow the most exceptional students in our organization to better prepare for careers in entertainment by applying the lessons and skills they have learned to helping teach and coach beginners.  As they spend time doing this, they are encouraged to work in local professional theatres and eventually serve as paid performers in our shows.  Every member of our organization may apply for status as an Associate Artist once they have accomplished the prerequisite goals.  If you feel you have the qualifications and desire for status as an Associate Artist, please contact us for an application. 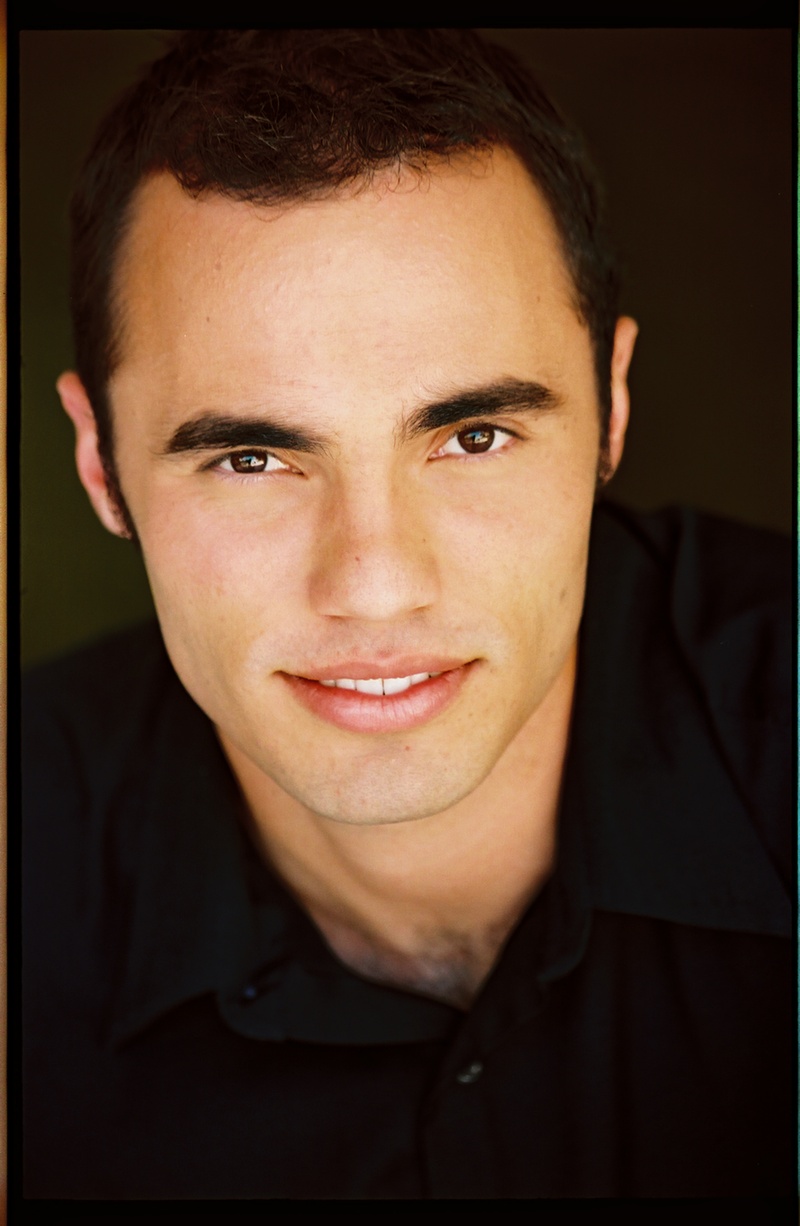 Brandon is thrilled and honored to be back working with CYC Theatre again; a company whose success and reputation he helped form.  He was the original 'leading man' of CYC Theatre--having played the lead or principal roles in CYC's first four productions when CYC first came to be in 2003.  He was also the first performer to be promoted to the position of Level III Associate Artist with CYC back in 2005, when the Associates program first started.  He was last seen with the company as Tateh in Ragtime (in which production he also served as Choral Director), and with previous performances as both Seymour and The Dentist in opposite casts of the same production of Little Shop of Horrors, Valjean in Les Miserables, and Huckleberry Finn in Big River.   Since his last production with CYC Theatre, he has performed at Grossmont College as Johnny Angel/Mrs. Halo in SUDS: The Musical  and at the Welk Resort Theatre as The Fiddler/Bottle Dancer in Fiddler on the Roof.  He is currently starring as the title character at Disney's California Adventure in Aladdin: A Musical Spectacular.  "Without CYC Theatre, I would not be able to call myself a professional actor today. I have grown as an actor, as well as a person, and learned so much from the company. Thank you Shaun and CYC." Luke was recently seen as Jimmy in the critically acclaimed Victoria Martin: Math Team Queen for which he won a San Diego Critics Circle-Craig Noel Award for Featured Actor in a Play.  Under the direction of Shaun Evans, Luke has appeared as Roger in the world's first-ever youth theatre production of the full-score RENT, Archie in The Secret Garden and Younger Brother in Ragtime. Other credits include Les Misérables (Valjean), Cabaret (Emcee), Spring Awakening (Hanchen) and others. He also recently received the 1st Inaugural Patte Scholarship Award for Promising Young Theatremaker in honor of Dr. Floyd Gaffney.  This fall Luke will start his second year at NYU/Tisch studying Musical Theatre.  His thanks go to his family and friends, and God for his many blessings. 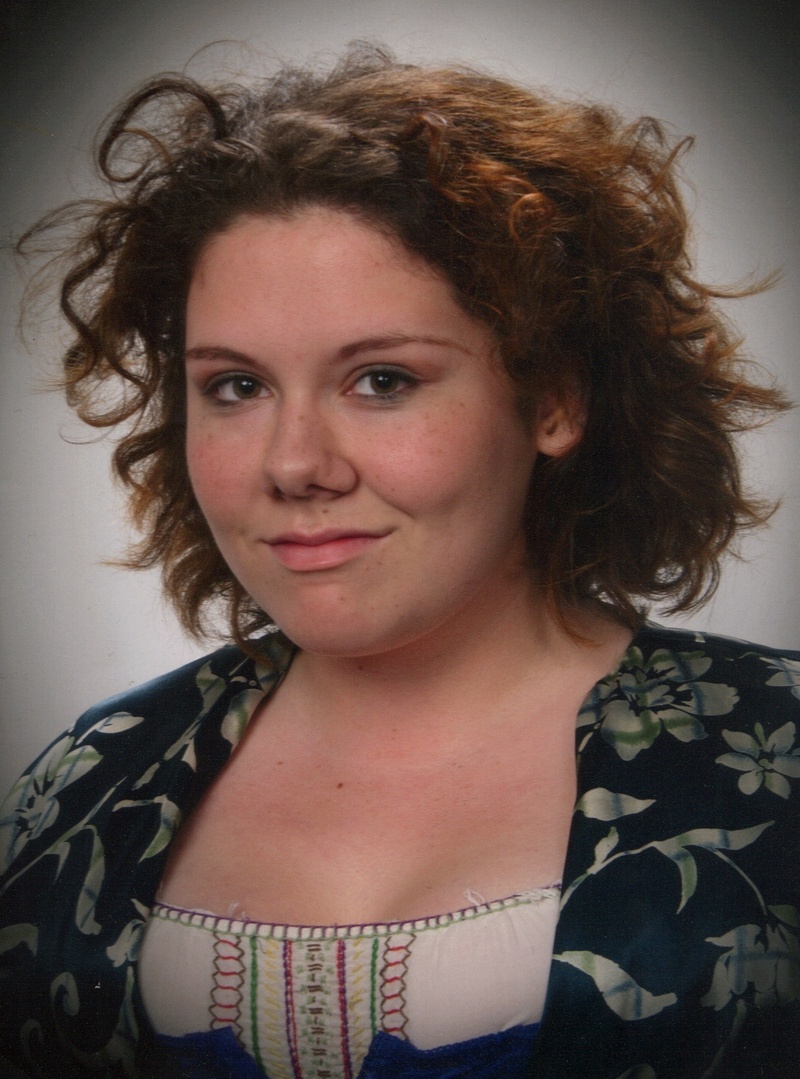 Samantha has always been drawn to the theatre in one form or another. Taking ballet training for nine years, then getting introduced to CYC theatre, she has loved the stage.  Favorite past roles include "Madame Thenardier" in Les Miserables, The Bag Lady in the first-ever youth theatre production of RENT, "The Bearded Lady" in Side Show, "LtCdr. Joanne Galloway" in the first-ever youth theatre production of A Few Good  Men, and "Ms. Hannigan" in Annie.  Samantha is an award-winning actress whose work has caught the attention of critics and patrons alike.  Audiences are always shocked to learn of Samantha's extremely young age, given her stunning talent as a performer. 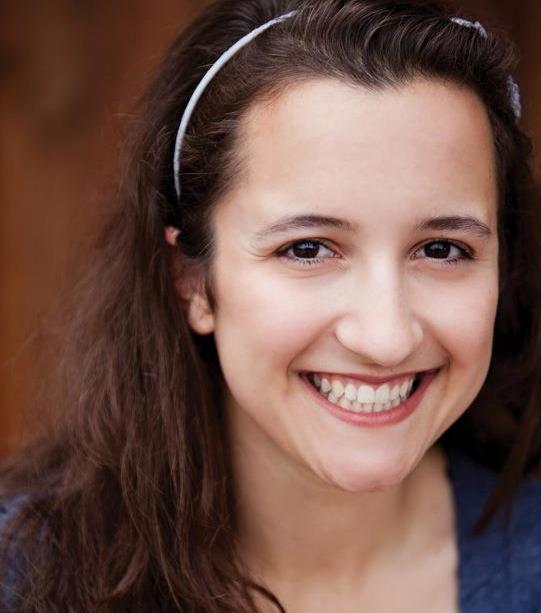 Emily Anabeth Hoolihan is honored and thrilled to represent California Youth Conservatory as an Associate Artist to teach and learn in the craft she loves.  Emily recently appeared as Fantine, in San Diego's first local production of Les Miserables.  She has also played principals in Les Miserables (School Edition), RENT, Spring Awakening, and A Night On Broadway with CYC.  She is attending Muhlenberg College in Allentown, Pennsylvania to pursue a career in Theatre with a double concentration in Acting and Performance.  She would like to thank her family and friends for all their support, along with Shaun and California Youth Conservatory for being such a remarkable place for students to grow and learn as actors and actresses. 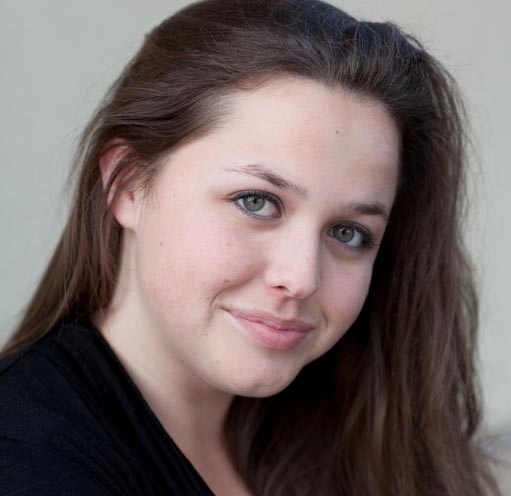